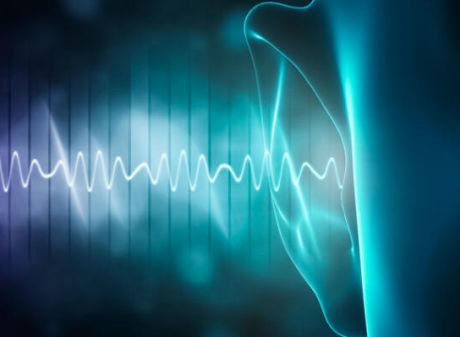 Working towards an interactive tinnitus implant

Tinnitus causes a great deal of suffering and is difficult to treat. Research results from the Charité now give hope: As part of the INTAKT project, Prof. Heidi Olze's team was able to show that the annoying ear noise can be reduced by electrical stimulation through the auditory canal. Initial designs for micro-implants are also already available. Now, further studies are to follow in order to bring the project of an interactive tinnitus implant to market maturity. The results from studies on guinea pigs were an essential factor in this.

There is a constant rushing, whistling or hissing noise in the ear, without any external cause: up to ten percent of the population suffer from tinnitus that requires treatment. The constant noise in the ear causes stress and is often accompanied by other concomitant diseases such as depression. To date, there is no causal therapy. In the case of a severe stress situation, cognitive behavioural therapy can help those affected to cope better with the stressor and improve their quality of life.

Hearing impaired and deaf people are particularly often affected by tinnitus.
However, if these people are fitted with a cochlear implant, the ringing in their ears often improves along with their hearing. This observation - among others from own outcome studies - gave Prof. Dr. Heidi Olze, head of the ENT clinic at the Charité, an ingenious idea a few years ago: Couldn't this electrical stimulation also be applied to patients, regardless of their hearing situation, and used to treat tinnitus? This would require the development of an interactive micro-implant that could be individually controlled by the patient and placed as close as possible to the cochlea.

Research and development within the INTAKT project
With this question, she hit the nerve of the INTAKT project, which is funded by the Federal Ministry of Education and Research (BMBF) with 13.5 million euros. INTAKT stands for the development of INTerAKTive microimplants. The focus here is on the treatment of intestinal motility disorders, the restoration of hand gripping functions - and precisely the suppression of tinnitus.

"Our experience with cochlear implants was the starting point for this clinical application within the INTAKT project, in which we want to develop the world's first interactive tinnitus implant in the sense of a "proof of concept"," explains Heidi Olze. "Initial results look very promising and encourage us to continue our work."

Clinical trial achieves high success rate
The first promising result comes from a clinical study. A total of 100 tinnitus patients received non-invasive electrical stimulation for three consecutive days. In 55 percent of the study participants, the tinnitus subsequently became significantly quieter; in addition, the tinnitus stress also improved.  "That is a very high success rate," the ENT doctor explains the remarkable result of this proof-of-concept study.
In this case, the auditory canal was only stimulated from the outside with an electrode in two frequencies. The intended micro-implant should be able to do much more: It should be able to be adjusted by the patients themselves according to the noise, for example via their smartphone - "for personalised tinnitus suppression", as Olze says.

A tinnitus implant is basically feasible
There is still a long way to go, but important preliminary work has already been done. In a study with guinea pigs, the researchers were able to show that electrostimulation can in principle be realised with a micro-implant. For this second proof-of-concept study, several technical solutions from industry partners were tested for their feasibility, which is not entirely trivial: while a cochlear implant is placed in the cochlea, with tinnitus implants one wants to avoid this at all costs, but still get as close as possible to the auditory nerve. The so-called round window is the preferred location for this. In humans, it measures just 2.5 mm2 / diameter approx. 0.5-2 mm, in guinea pigs it is about half as large. Not much space, therefore, for an electrode that will later be connected to digital technology. But even this challenge could be mastered. The study resulted in two prototypes that are now to be further developed.

Guinea pigs are the common inner ear model
Why guinea pigs? The small rodents are the common model for inner ear research "because their inner ear is very similar to that of humans", explains Heidi Olze. "They are indispensable for our work, because experiments on humans at such an early stage of research are forbidden." At the same time, the application of an animal-free replacement method is currently not possible due to the complexity of the auditory system and the entire associated nervous system. Therefore, in the spirit of a consistent application of the 3Rs, studies were first conducted on an anatomical model in the first development step. This staggered process reduced the number of animals used and ensured optimisation of the new electrode arrays.

For the further development of the implants, the researchers are also still dependent on the animal model for the time being, "until we have the first prototypes for humans." At the moment, the researchers are in talks with potential cooperation partners who are willing to invest a lot of money in the development of the first interactive tinnitus implant. An application has already been submitted to the BMBF for funding for a follow-up study. Hearing implant expert Olze is confident that both will work. But she cannot promise a quick solution for those affected. It will certainly take another ten years before such a complex micro-implant is ready for the market - provided the follow-up studies go as smoothly as the first two proof-of-concept studies. "Our patients are suffering a lot," emphasises Heidi Olze, "and of course we very much hope that we can bring our project to a successful conclusion."