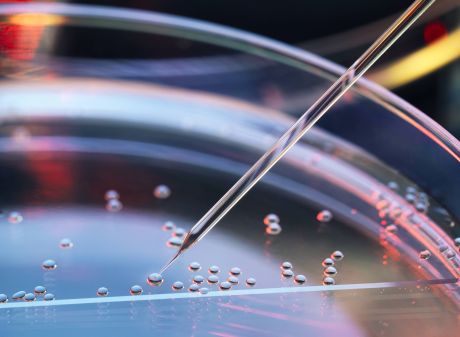 Research funding for the development of non-animal-based methods

Using tissue samples which are no longer needed for research purposes; using stem cells from people with specific disorders to cultivate tissues for use in research; using pressure-assisted 3D bioprinting in the manufacture of kidney tissue. These are the objectives of three large research networks which will receive a total of € 1.5 million in funding from Charité 3R over the following two years. The intention behind this call for bids was to promote collaborative projects with a strong innovative potential, promoting the development of alternatives to animal research, improvements in animal welfare or a reduction in the numbers of experimental animals used. Following an independent evaluation process involving detailed reports from both internal and external experts, three projects out of a total of 13 submissions were selected and recommended for funding.

Commenting on the significance of the competition, Dean Prof. Dr. Axel Radlach Pries says: “The 3R networks are the flagship of the Charité 3R funding portfolio. As interdisciplinary collaborative projects, they encourage researchers to work with other groups in order to advance this area of research.” He adds: “Each of the three selected projects study a very specific aspect in the development of human-based methods and, by doing so, contribute to the development of real alternatives within a specific area of biomedical research.”

As part of the project entitled ‘Establishing a pipeline for the harvesting and analysis of human tissue samples for human disease modeling’ (Etablierung einer Pipeline zur Gewinnung und Analyse humaner Gewebeproben zur Modellierung humaner Erkrankungen), researchers plan to create a platform which will give all researchers at Charité access to human tissues for research purposes. Many of the tissue samples harvested during day-to-day clinical practice, either as part of interventional or surgical procedures, are not needed for diagnostic purposes and therefore disposed of as clinical waste. “To researchers, however, these tissues are extremely valuable,” says project lead Prof. Dr. Birgit Sawitzki of the Institute of Medical Immunology. She adds: “In some cases, they can provide an alternative to animal research. In certain specific research scenarios, they can even produce results of superior quality.” Primary human tissue (including isolated cells and extracellular matrices made from such tissue) serves as the raw material for ex vivo models which can be used to evaluate fundamental biological mechanisms and new treatment concepts. The aim of the project is to develop infrastructures capable of reducing time and staff requirements within the departments involved in tissue harvesting, speeding up sample processing, and assisting with analysis and quality control. In addition to expanding human cell and tissue culture processes, the researchers plan to develop a standardized protocol for imaging mass cytometry, a technique which enables the detailed analysis of different tissues by comparing their cell composition.

The second project, entitled ‘Replacing research animals with stem cell-based disease models in the study of pediatric developmental disorders’ (Der Ersatz von Versuchstieren durch Stammzell-basierte Krankheitsmodelle bei der Untersuchung von Entwicklungsstörungen bei Kindern), will be led by Prof. Dr. Markus Schülke of the Department of Pediatrics, Division of Neurology. His research team will use stem cells harvested from patients to cultivate tissues which will replicate the specific characteristics of the relevant disease. Their work will focus on pediatric developmental disorders, many of which are caused by genetic defects and often cause damage to the nervous system. This can result in epilepsy, paralysis or mental disability. “The study of these diseases usually involves the use of genetically altered animal models known as ‘knockout mice’,” says Prof. Schülke. “As part of our project, we want to replace this with adult stem cells from patients with the disease. These will be differentiated into specific tissue cells – nerve cells, for instance – which are affected by the disorder,” he adds. These tissue cell structures could then be used to study disease development or to test new drugs, for instance by placing nerve cells from an epileptic patient into a petri dish, recording the abnormal electric discharges associated with the disease and using different drugs to suppress them. The aim of developing treatments and drugs using human cells is to speed up the preclinical testing phase, allowing treatments and drugs to enter clinical testing sooner. This could drastically cut the time needed to develop new drugs.

The third project, entitled ‘Human 3D nephrons as an alternative to animal models in kidney research’ (Humanes 3D-Nephron zum Einsatz von Tiermodellen für Nierenuntersuchungen), will use pressure-assisted 3D bioprinting to manufacture kidney tissue for use in kidney disease research. Kidney disease is developing into a major global health concern, causing increasing morbidity and mortality. In addition to acute renal failure (ARF), which can develop following surgical procedures, sepsis and ischemia, there are a range of other factors which can cause permanent kidney damage and even kidney failure. Due to a lack of functional and physiologically relevant in vitro systems, research into the causes and development of kidney disease or drug-induced nephrotoxicity primarily relies on animal models. Explaining the project’s aims, project lead Dr. Andreas Kurtz of the BIH Center for Regenerative Therapies says: “In our project, we plan to use stem cells and 3D bioprinting technology to generate a range of functional renal units.” He adds: “This method also facilitates the addition of vasculature for perfusion-enabled renal units.” Following functional and pathology testing, the researchers will compare their results with in vivo data obtained by various research groups from within the CRC 1365 Collaborative Research Center (SFB 1365 Nephroprotektion).