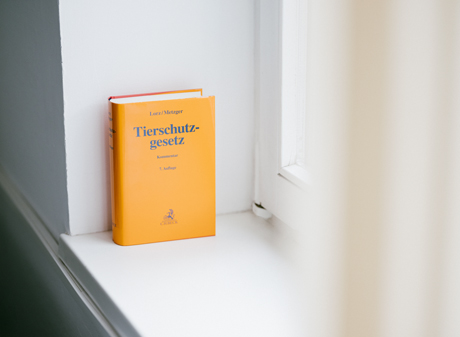 In 2002, animal protection was incorporated into the constitution as a state objective. Since then, Article 20a of the Basic Law states: "The state, also in responsibility for future generations, shall protect the natural foundations of life and animals within the framework of the constitutional order by legislation and, in accordance with the law and justice, by executive power and the administration of justice." This ensures that animal welfare is adequately considered in weighing decisions.

The conflicts between the obligation to maintain and improve human health, the valuable good of scientific freedom, and the important concern to avoid pain and suffering of animals cannot be resolved by blanket judgments. Therefore, animal protection legislation in Germany and Europe provides for careful examination and consideration of each individual animal experiment as a central element.

Under international law, Germany is bound by the Council of Europe's European Convention for the Protection of Vertebrate Animals used for Experimental and other Scientific Purposes (ETS No. 123). In addition, an EU Directive on the protection of animals used for scientific purposes has existed since 1986 and must be implemented as a legal act by all member states. In 2010, a revision of the old EU Directive 86/609/EEC came into force. In 2013, the German Animal Welfare Act was adapted to the new Directive 2010/63/EU.

Even though animal welfare is regulated differently internationally, the international scientific community has agreed on certain uniform standards. This is reflected, for example, in the rules of international scientific journals: researchers may publish their results there only if they assure that all experiments have been carried out in accordance with national laws and institutional guidelines. One recommendation is the "ARRIVE Guidelines for Reporting Animal Research" On this basis, the journals decide whether or not to publish articles.

Animal experiments at the Charité